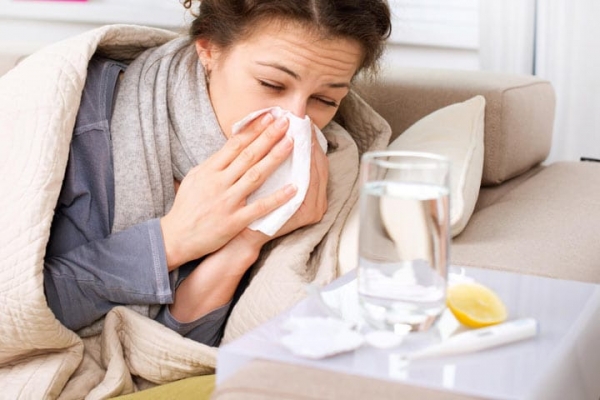 It is that time of the year again, when we ask ourselves why we live in such a cold, damp and changeable environment. Wouldn’t it be better in Queensland? Then again, the coffee, vineyards, food and environment are pretty good here.

Never-the-less, it is still the season for copping all those winter bugs. Is it such a bad thing to get sick? Perhaps not. It all depends on how you look at it. While being ill is inconvenient and gets in the way of our busy lifestyles, it is a way for the body to slow you down and make you take a rest. It is only when you rest that your body can catch up with regulating healthy functions such as replacing your tired old dead cells with sparkling new ones. These cells may be skin, blood, skeleton, brain, nerves, etc. It isn’t something we consciously think about, but it is a vital function of your amazing body. Red blood cells turnover approximately every 120 days while a skeleton regenerates over 7-10 years!

A large percentage of sick people haven’t necessarily been run down before they got ill, but, rather, their body has willingly lowered its defences to allow the infection, and therefore allow your body to take a break from the daily stressors, and rest. How often have you noticed that after a child has a minor illness, like a cold, there is a growth spurt that follows? Adults, too, report that after an illness, they recover to feel better than they did before. This is an indication of good functional capacity.

On the other hand, if you have a low functional capacity, your body may be completely over run by an infection, so that you feel completely wiped out. This happens when you have too many stresses (physical, emotional, nutritional) and your body loses its ability to self regulate. Recovery is often slow. Seeking help from an osteopath in such cases can be very beneficial.

Sometimes, though less often, you have the patient who is “never sick”. An osteopathic examination of such a person will normally reveal quite the opposite. Their bodies are trying to deal with so much that to “allow” itself to get sick could be disastrous. A situation like this could be a precursor to disease, and it would be pertinent to seek support for their health soon.

Should you find yourself in any of these degrees of ill-health – feeling continually tired, lacklustre, rundown, etc, call the friendly team at Williamstown Osteopathy and Pilates on 03 9397 8877 or make an appointment online at www.williamstownosteo.com.au